You are here:
Newsroom
News
£7 million for welfare support

Equality and Rights Constitution and democracy 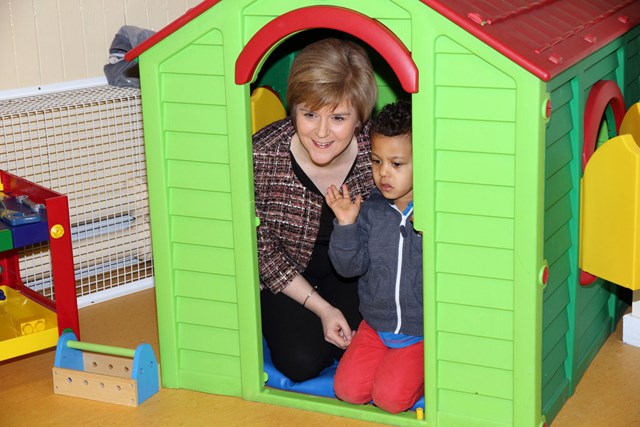 Those hardest hit by Westminster’s welfare reforms are set to benefit from a £7 million investment in mitigation services, it was confirmed today.

• £3.5 million for advice services to support those affected by welfare reform.

• £1 million for mitigation projects, research and support for Local Authorities and other organisations.

• £2.5 million in anti-poverty projects, including continued support for One Parent Families Scotland (OPFS) – who provide advice and support services for lone parents.

Analysis shows that single parent families are set to see their household income reduce by eight per cent by 2014/15 due to welfare reforms. The average household – including lone parents - will be £700 a year worse off because of changes to child and working tax credit alone.

Gina and Cat, both from Govan, have used the OFPS service in the past year.

Gina contacted OPFS to seek advice and support when the Job Centre tried to stop her Job Seekers Allowance when she missed appointments to care for her daughter who had been severely attacked by a dog.

Cat has used OFPS to gain access to training and support which will help her into work when her daughter is old enough.

“It is vital that vulnerable people in Scotland get the help and support they need during these tough economic times. Westminster’s welfare reforms and the impact on the poorest in our society make this even more important.

“Because of changes to child and working tax credit, the average household in receipt of these benefits – including lone parents – will be £700 a year worse off. These families will see their annual income reduced by eight per cent – just when they need the most support.

“This is just further evidence of the need for independence. We want a welfare system in Scotland that provides fair and decent support for all and protects the vulnerable in our society. And the only way to guarantee that is to have possession of the powers to deliver it.

“One Parent Families Scotland are helping lone parents every day, and that work needs to continue.

“Today we are outlining how we plan to use £7 million in 2014/15 to fund advice services and support other organisations across Scotland, including those that provide front-line help to families like those who use One Parent Families Scotland.”

“Cuts to benefits, including sanctions implemented by JCP, have hit single parents hard, as living costs have risen steeply. We know many single parents do want to return to employment but they cannot always get the flexible childcare and family friendly employment they need.

“Single parents tell us they are already cutting back on food for themselves and many are borrowing money from friends and family to make ends meet. They are doing a remarkable job holding their families together while under immense financial pressure from rising costs and falling incomes.

“Scottish Government funding means lone parents and children can get advice when they need it most as well as support from other parents in their local community.”