You are here:
Newsroom
News
A touch of glass

A touch of glass

Environment Secretary Richard Lochhead today opened the ‘revolutionary’ Dryden Aqua plant in Midlothian, which has the capacity to process a quarter of Scotland’s recycled glass.

It can be used to filter drinking water, treat industrial waste water and in swimming pool filtration with the potential to generate significant savings for the water industry.

The plant fits in with Scotland’s vision of moving towards a circular economy where products are designed to be re-used and recycled rather than being disposed of as waste once we have finished with them.

“This is a revolutionary system from Dryden Aqua which exemplifies the technological and environmental expertise that Scotland is famous for. It is also a major investment in Scotland’s green credentials and places us at the forefront of the move towards a zero waste nation.

“This is a great example of upcycling where we create something of higher value than the original substance. This technology can be used in developing countries to ensure cleaner, healthier water for all, showcasing the global reach and importance of Scottish innovation, which is a key element of the Hydro Nation agenda.

“We want to support innovation and it is one of the reasons I recently announced a review into the feasibility of a national deposit and return scheme for glass and other packaging.

“Our long term goal is for Scotland to become a more circular economy where we eliminate waste by designing products in a way where they can be re-used over and over again.

“This move to a circular economy will grow our green economy and open the potential for an estimated 5,000 new jobs to turn the things we recycle back into valuable materials for manufacturing.”

The family firm was established in 1980 by Dr Howard Dryden who, along with his sister Marylyn Wakefield, has developed the business into one of the UK’s recognised experts in water treatment and design technology.

“AFM® was designed as a solution for the aquaculture sector, but after over 10 years of R&D AFM® is now recognised as a high performing and sustainable replacement for sand in filtration systems and means that we can help to deliver safe drinking water and clean up waste and process water here in Scotland and across the globe.

“We are working as part of a prestigious European Commission Eco-India Framework Project in combination with the Indian Government’s Department of Science and Technology and AFM® is being used to remove arsenic from drinking water- a problem affecting ¼ billion people in India and billions of others around the world.

“We’re also using AFM® to remove chromium from drinking water in the Middle East and Cryptosporidium parasites in Europe. Our product can eliminate up to 90% of the pollution load from industry and municipal waste water sites and as regulations become more stringent we hope that more people will look to Scotland for the answer to their water challenges.”

"Scottish Enterprise has worked closely with Dryden Aqua for a number of years, most recently facilitating the signing of an agreement with Indian firm SVS Aqua to allow the company to deploy its innovative water cleaning technology across remote parts of India.

“By providing an integrated package of support including R&D assistance and export advice, Scottish Enterprise has helped Dryden Aqua realise its ambitious growth plans. This new processing plant is another great example of the company's success, ultimately driving home long-term sustainable growth for the Scottish economy.” 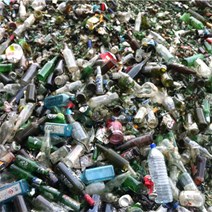