You are here:
Newsroom
News
Be clear on bowel cancer

Be clear on bowel cancer

An innovative new way of detecting and preventing bowel cancer at its earliest stages is being offered in Scotland.

Around 20,000 patients from the Tayside, Fife, Grampian and Greater Glasgow & Clyde NHS board areas will be offered bowel scope screening to determine whether it should be rolled out across the country.

The bowel scope test helps detect polyps in the bowel that could eventually become cancerous earlier than they can be found with the current screening programme. The earlier cancer is detect the easier it is to treat and the higher the chance of survival.

Bowel scope screening will run alongside the current screening programme, which saves around 150 deaths from bowel cancer each year in Scotland.

“We know that nine out of 10 people will survive bowel cancer if it is detected early.

“What's more, bowel cancer is one of the most preventable cancers, especially when it's caught early, and screening helps us to do exactly that.

“That is why the Scottish Government is supporting wider use of this test and if it demonstrates that people are willing to engage with scope screening it could see the test offered more widely as part of our screening programme.

“This work is further evidence of how Scotland is at the cutting edge of diagnostic testing for cancer and follows our ground breaking trial which offered patients a blood test to identify lung cancer.

“I would encourage people who are invited to take part in the bowel scope screening to do so, as well as completing their home test to make sure they give themselves the best chances of detecting bowel cancer early.”

One person who benefited from early testing is 65 year old John Withers who was diagnosed with cancer three years ago after taking part in the current screening programme.

The retired civil engineer recalls his journey from diagnosis and treatment to recovery:

“I would not have known that I had bowel cancer until it was very advanced if it hadn’t been for the screening programme.

John was invited in for a colonoscopy at Dumfries and Galloway Infirmary which confirmed that he had bowel cancer and would require an operation.

He said: “My wife was shocked and very concerned when she heard the news of my diagnosis. Until the operation was over there was a lot of anxiety among friends and family but I felt prepared to cope and kept a positive attitude.

“It all happened very quickly from this point onwards. Having been given the diagnosis on the Wednesday, I was admitted to hospital on the following Saturday and had surgery on the Monday.

John’s colon was removed and a permanent stoma was created. The operation was completely successful and there was no need for any follow-up treatment.

John added: “My healthcare experience was very positive from start to finish. I couldn’t have asked for better care from the doctors and nurses.

“Since recovering from cancer it has made me reprioritise. I don’t worry as much and enjoy each day. I’m more appreciative of family and friends and the time that we spend together. It’s true that you can’t buy happiness!

“There is no doubt that the bowel screening programme saved my life. I feel very lucky that my birthday triggered the test.

“I am glad to see that bowel scope screening is now being offered to people in Scotland and would advise anyone asked to take part in this programme to do so - it could save your life. Cancer is not as scary as it once was and it can be very treatable so don’t put off taking the test.”

Bowel cancer is Scotland’s third most common cancer, with almost 4,000 people diagnosed every year. Both men and women are at risk. It is more common in people who are over the age of 55.

The new test will complement the current implemented screening programme. Everyone who is offered bowel scope screening will continue to be sent a home screening kit as usual. The greatest health benefit will come from taking part in both types of bowel screening.

A full evaluation of bowel scope screening will take place to determine whether offering it to everyone in Scotland could further improve the NHSScotland Bowel Screening Programme.

The bowel scope screening (sigmoidoscope) uses a thin flexible tube with a tiny camera on the end that allows a doctor or nurse to see the lower part of the large bowel. If they identify any abnormal areas the doctor or nurse will take samples (biopsies) with the sigmoidoscope. Any growths of the bowel lining (polyps) will also be removed and sent for examination. The whole procedure takes about 15 minutes.

Men and women around the age of 60 invited for the bowel scope screening.

The Scottish Bowel Screening Programme invites all men and women in Scotland aged 50 – 74 to participate in screening every two years.

The programme was extended in April 2013, so that those over the age of 74 can self-refer every two years by requesting a screening kit through the Scottish Bowel Screening Helpline.

For information contact the Scottish Bowel Screening Helpline on 0800 0121 833 or visit www.bowelscreeningtest.org or www.nhsinform.co.uk/screening/bowel/scope.

Patients in Scotland were also the first in the UK to trial a simple blood test that could identify lung cancer at an earlier stage.

John Withers is available for interview and can be contacted throught the Scottish Government press office. 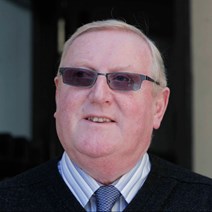