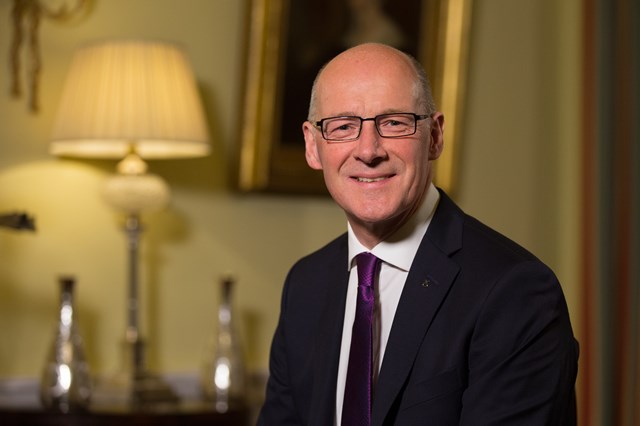 Focus on education, skills and the economy.

Deputy First Minister John Swinney will visit Mumbai and Delhi on a four-day trip to strengthen education and business links.

The visit will seek to promote trade and investment between Scotland and India in the priority areas of education, skills, energy and water.

India is the fastest growing major economy in the world, with exports worth around £215 million to the Scottish economy. The country is Scotland’s fifth-biggest international market for further and higher education students.

Mr Swinney will be accompanied by a delegation of 21 senior leaders from Scotland’s higher education sector.

Speaking ahead of the visit, Mr Swinney said:

“India and Scotland have long been close partners, built on years of cultural, academic and business co-operation.

“As one of the world’s future leading powers, India is fast becoming renowned for its creativity, entrepreneurship and its young ambitious workforce.

“We are keen to explore areas of collaboration. Scotland’s expertise in education, skills, energy and water can be of enormous benefit to India as the country continues to develop at a fast pace.

“Working with the delegation from Scotland’s universities, we also hope to showcase the strengths of our higher education sector, the opportunities for Indian students to study here and some of the excellent academic partnerships that exist between the two countries.”

Between 2 and 5 December, the Deputy First Minister will hold a series of meetings in Mumbai and Delhi with business and industry leaders, as well as representatives from the Indian Government.

He will also have the opportunity to view a number of projects that demonstrate the ways in which Scotland’s further and higher education institutions are collaborating with Indian institutions.

The trip will conclude with an official reception at the British High Commission to celebrate St Andrew’s Day and artistic collaboration between Scotland and India during the UK India Year of Culture.

The programme has been organised in partnership with Scottish Development International, Universities Scotland, the British Council and Visit Scotland.

2017 is the UK India Year of Culture and the 70th anniversary of Indian independence.