You are here:
Newsroom
News
Faster internet for Scots 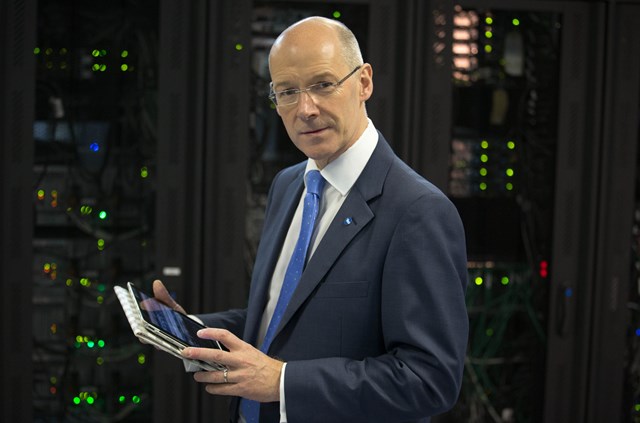 The internet in Scotland is to become faster and more efficient thanks to the launch of the country’s dedicated internet exchange point (IXP) - IXScotland.

Cabinet Secretary for Finance, John Swinney, announced the new IXP, which will go live this week, during the Convention of the Highlands and Islands conference today (October 28).

The new IXP will mean that it will be easier and quicker for Internet Service Providers in Scotland to pass traffic to each other and could reduce internet ‘lag’ time by up to 75 per cent.

Currently the vast majority of Scotland’s internet traffic goes through London, which can result in delays for people and businesses.

The dedicated Scottish internet exchange point, based at the Pulsant data centre in Edinburgh, has been set-up by the London Internet Exchange (LINX).

“We are delighted to welcome the establishment of a dedicated Internet Exchange Point for Scotland which will speed up internet access for businesses and individuals.

“This industry-led IXP will allow internet service providers to securely pass traffic to each other in Scotland, enhancing the digital offering both within and outside of Scotland.

“I also want to recognise the key contribution of LINX, who have worked with the industry and Scottish Government to make this happen.

“Along with our investment in next generation broadband and measures to increase digital participation, this investment represents a further step on Scotland's journey to becoming a world leading digital nation by 2020.

“Central to this will be development of future-proofed infrastructure that supports high quality connectivity on any device, anywhere, at any time. To achieve this we are investing over £240 million to extend next generation broadband access to 95 per cent of premises in Scotland by 2017/18.”

"IXScotland is a real step forward for the internet community in Scotland and the UK as a whole.

“The exchange will allow networks to stop 'tromboning' traffic to London and back again, and will help increase resilience by creating a new centre for interconnection in the UK.

“We are grateful to Pulsant for hosting the exchange.”

The second annual digital strategy progress report and update 2013 has also been released today at www.scotlandsdigitalfuture.org

The report is presented as a microsite with information on progress made in the last year across all four main strands of the digital strategy.

The microsite contains more information on the establishment of the Internet Exchange Point for Scotland and provides an update on progress towards transforming Scotland into a world leading digital nation by 2020.

Currently, most internet traffic to/from and within Scotland goes through one of three UK Internet Exchange Points (in London, Manchester or Leeds). The biggest of these is LINX (the London Internet Exchange), which is spread over several data centres in the London Docklands area. 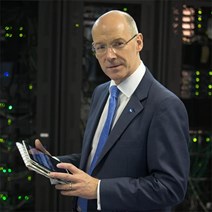