You are here:
Newsroom
News
£1.4 billion invested in infrastructure

Nineteen new school projects are amongst the £1.4 billion of new building projects completed in the last year, according to the latest update of the Scottish Government’s infrastructure programme.

The V&A Museum, new roads and railway lines, and local healthcare facilities are also included in the updated report.

“Over the course of 2018-19, infrastructure projects worth more than £1.4 billion were completed and opened to the public. These include the Aberdeen Western Peripheral Route, the V&A Museum in Dundee, electrification of 100 kilometres of single-track line from Dunblane through Stirling and Alloa and 19 new school projects.

“Looking ahead, the Scottish Government’s £5 billion commitment to infrastructure investment in 2019-20 will support 50,000 affordable new homes, delivery of the extension of early learning and childcare, new roads and railways, electric vehicles and delivery of superfast broadband across Scotland.

“As part of this, our pipeline report shows Scottish Government procured projects with a value of almost £3.1 billion are estimated to be in construction across Scotland during 2019-20.

“Building on this success, our commitment to have a National Infrastructure Mission will increase annual infrastructure investment by 1% of current (2017)  GDP by the end of the next Parliament, helping to protect and create jobs, and boost growth across the country.”

The full report and updates can be accesses on the Infrastructure Investment page.

An Infrastructure Commission for Scotland has been established to provide long-term strategic advice to the Scottish Government on national infrastructure priorities, based on evidence and learning from good practice and to align investment with long-term inclusive economic growth and low carbon objectives.  The Commission’s advice will inform the development of Scottish Government’s next Infrastructure Investment Plan, setting out a coherent plan across sectors for the next 5 years. 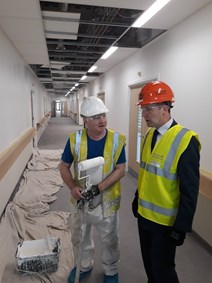 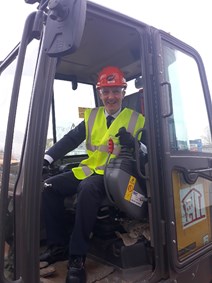 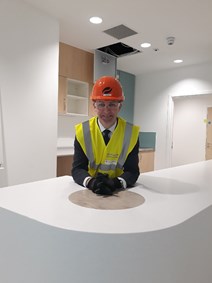