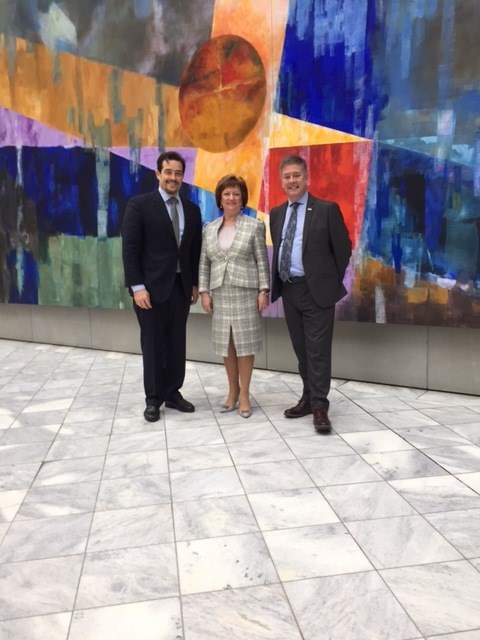 Trading links between Germany and Scotland have been bolstered after a high-profile meeting that included discussion of opening a Scottish Government Innovation and Investment Hub in Berlin.

Outcomes of the meeting included:

“I am pleased to have met today with the Association of German Chambers of Commerce and the Scottish Chambers of Commerce to identify and explore areas of mutual interest and advantage. Despite the uncertainties caused by Brexit, Scotland remains very much open for business and I am heartened by the positive response I have received today from German colleagues as we have explored the regions and sectors of our two economies where we can improve trade and encourage further inward investment.

“A Bavarian Mission to Scotland later this month will build on this, with a varied two-day programme offering substantial opportunities for German and Scottish companies to interact.

“Trade between Scotland and Germany is already considerable. There are more than 150 German-owned enterprises operating at around 600 Scottish sites, employing almost 18,000 people with a turnover in excess of £4,000 million. In addition, exports to Germany were worth £1.7bn in 2015 – more than 6% of all Scotland’s international exports.

“The Berlin hub will raise Scotland’s profile in Germany even further, promoting collaboration and cooperation between Scotland and Germany in a number of areas, including promoting cultural exchange and providing Scottish companies with a base to build new partnerships and a low cost place to trade.

“This is part of our ambitious programme of internationalisation, including measures to broaden Scotland’s export base and to grow exports beyond our traditional markets, which is why I am pleased that today’s meeting has left me in no doubt that both Scotland and Germany will enjoy further success  - supporting more companies to export to German markets and encouraging further substantial inward investment.”

"Our highest priority is to make sure that Scotland remains open for business to the rest of the world. That means being able to trade and invest easily with international markets, and Scotland remaining an attractive destination for inward investment. Scotland has many natural alliances with Germany, and with direct air links from Edinburgh & Glasgow Airports, the impetus to deepen our business, cultural, social and economic relationship with Germany has never been stronger.

"This trip is a great example of how business and government can mobilise our respective strengths to do what's best for the Scottish economy and forge new business to business alliances. The Chamber Network has unparalleled reach internationally, coupled with a globally renowned Scottish business diaspora, we look forward to building stronger links with key regions in Germany including Augsburg, Dusseldorf and Munich."

Following a meeting between the Bavarian Economics Minister and the Scottish First Minister in 2015 and a technology-related trade mission led by Minister Paul Wheelhouse to Munich in October 2016, a delegation of Bavarian company senior representatives led by Minister Ilse Aigner of the Bavarian Ministry of Economic Affairs and Media, Energy and Technology will be in Scotland on 22-24 March 2017. The mainly SME companies comprise broadly two main groups: energy-related companies and startups/tech companies. Under the banner of Scotland CAN DO, the main purpose of the mission is to promote business co-operations with Scottish companies. 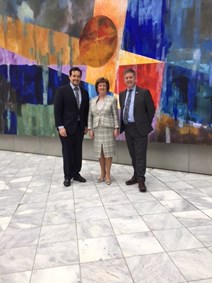