You are here:
Newsroom
News
Review of hate crime legislation

The suite of laws covering hate crime offences in Scotland is to be reviewed to ensure it is fit for purpose in the 21st century.

The independent review will be chaired by the Right Honourable Lord Bracadale, one of the most senior members of the Scottish judiciary.

The review begins this month and will consider:

“Racism, intolerance and prejudice of all kinds are a constant threat to society, and while Scotland is an open and inclusive nation, we are not immune from that threat.

“While we already have robust and comprehensive laws in place, we need to make sure that legislation is up-to-date and able to counter all forms of hate crime. That is why I have commissioned an independent review, to be chaired by Lord Bracadale.

“This review will help ensure we have the right legislative protection in place to tackle hate crime wherever and whenever it happens. I look forward to Lord Bracadale presenting his findings.”

“I welcome this invitation to conduct a review of the Scottish criminal law dealing with conduct motivated by hatred, malice, ill-will or prejudice. Hate crime legislation has developed intermittently over many years and it is important to consider whether it currently provides appropriate, effective and consistent protection for Scottish communities.

“I am keen for the review to be informed by evidence. I intend to meet key community representatives and those involved in applying the law, as well as carrying out a public consultation, to ensure that the views of those with a direct interest will be heard and considered as part of the review.”

“We pride ourselves in being a welcoming country, which values diversity and the contribution made by people from all backgrounds. I know this is a perspective the vast majority of Scots believe in, yet hatred fuelled by bigotry and prejudice undermines these values.

“Any incidence of hate crime must be dealt with appropriately and consistently. I welcome the review of legislation, which will ensure those who find themselves victims of hate crime have appropriate legal protection.”

The review, which starts on 30 January, is fully independent and is expected to last up to 12 months, after which Lord Bracadale will present his recommendations for the Scottish Government to consider.

The remit is to consider whether existing laws represents the most effective approach for the justice system to deal with criminal conduct motivated by hatred, malice, ill-will or prejudice.

In particular, Lord Bracadale will consider and provide recommendations on:

The review will consider the various hate crime offences currently covered by a range of different legislative acts:

The Right Hon Lord Bracadale (Alastair P. Campbell) was appointed a Judge of the High Court of Justiciary (Scotland’s supreme criminal court) in 2003 and appointed to the Inner House in 2013. In 1995 he was appointed Queen's Counsel, while in 1997-1998 he served as Home Advocate Depute. 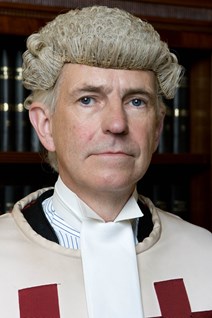