You are here:
Newsroom
News
More Scots graduates in jobs or study

Figures released during Make Young People Your Business week show Scottish graduates are more likely than those from the rest of the UK to be in employment or training.

Statistics from HESA, based on what graduates are doing three and a half years after leaving university, show 94.9 per cent of UK graduates from Scottish universities were in a job or further study - the highest of all UK countries. Graduates from Scottish universities also have the highest median earnings of £26,000 three and a half years after graduation.

“Today’s figures show that Scotland is delivering well for graduates – with more of our graduates in employment or further study over three and a half years than anywhere else in the UK. This can only build on the excellent reputation of our universities.

“This is Make Young People Your Business Week and we are encouraging Scottish companies to consider employing a young person. We’ve already announced an additional £4.6 million to help up to 1,020 Scots graduates into their first job, which should help ensure Scottish graduates have an even higher chance of finding employment in the future.

“With access to university based on the ability to learn, not the ability to pay and the best package of student support in the UK, it’s no surprise we’ve seen a record number of Scots accepted to university this year. These figures show they are making a good decision for their future and for Scotland’s economic outlook.”

The figures are based on information published by HESA.

Make Young People Your Business Week consists of a series of events and announcements aimed at raising awareness amongst employers of the economic value of taking on a young person. Interested employers can follow the Twitter account @MYPYB and the hashtag #newtalent will be used throughout the week. Skills Development Scotland’s ourskillsforce.co.uk provides information to employers on the skills support available from the public sector in Scotland. The Make Young People Your Business area of the site brings together online advice to help employers recruit and develop young people. 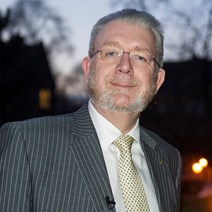