Deputy First Minister Nicola Sturgeon has announced that the Scottish Government will invest millions in a new national fuel poverty scheme, as she launches a campaign aimed at helping people reduce their winter fuel bills.

The Government will shortly be inviting bids for a contract, worth up to £224 million over seven years, to deliver a new national fuel poverty scheme from 2015.

The new scheme will deliver energy efficiency measures such as better insulation and heating systems, helping to create warmer and greener homes for thousands of Scots.

The announcement comes as a campaign is launched encouraging Scots to take advantage of free help which is available now to reduce their winter fuel bills.

The Home Energy Scotland campaign seeks to provide householders with free and impartial advice on support to help cut energy bills, whatever their circumstances.

Launching the campaign, the Deputy First Minister said: “It takes just one phone call to the Home Energy Scotland hotline to see if you can save money on winter fuel bills, and I would encourage people to call the hotline on 0808 808 2282, or visit the HES website.

“Anyone can get energy efficiency advice and find out what’s available to them, and many others can also qualify for energy saving improvements such as insulation, boilers or central heating for free.

“Rising energy bills remain a huge concern for the Scottish Government and fuel poverty is still a major issue in Scotland, with over 27 per cent of households affected.

“It is a scandal that there should be any fuel poverty in an energy-rich country like Scotland, and that is why I am delighted to announce a contract worth up to £224 million over seven years for the delivery of a new national fuel poverty scheme from 2015.

“This will build on the success of the Energy Assistance Scheme, which has provided over 46,000 vulnerable households with heating and/or insulation measures over the past five years.

“This long term contract will help thousands more households over the next few years, and is testament to our commitment to helping Scots escape fuel poverty.”

1) People can get impartial advice on energy efficiency and find out exactly what support they are eligible for - whatever their circumstances - by calling the Scottish Government Home Energy Scotland hotline on 0808 808 2282 or by visiting www.homeenergyscotland.org.uk. Around a third of Scottish households have been offered advice through the hotline since it started.

2) Advance notice of the contract for the Home Energy Efficiency Programmes for Scotland new National Scheme was posted through a Prior Information Notice (PIN) published on the Public Contracts Scotland portal on 4 April 2014 http://www.publiccontractsscotland.gov.uk/Search/show/Search_View.aspx?ID=APR172224

3) The Invitation to Tender (ITT) for the contract is expected to be published in October 2014. The contract is worth £16 million to £32 million per annum with a term of five years, extendable to seven years. The £224 million value represents the higher annual spend at the full seven year term and will depend on the successful bidder levering in funding from other sources, such as the Energy Company Obligation.

4) Almost 200 delegates attended a supply chain open day at Perth Concert Hall on June 17, targeted at potential bidders and members of the supply chain. The open day saw the Government set out draft proposals and seek feedback from the supply chain. Further information about the outcomes from the open day, including questions and answers from the session, will be published through the PIN at the same time as the ITT.

In addition to home energy efficiency advice, Home Energy Scotland can also offer advice on fuel efficient driving techniques, including a free lesson, or on the most fuel efficient vehicle if you are thinking of changing your car. 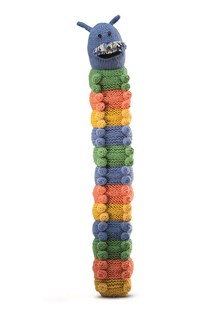