A wide-ranging package of measures designed to improve animal welfare has been announced, alongside the introduction of a bill to ban the use of wild animals in travelling circuses.

The bill prohibits the use of any wild animal in a travelling circus in Scotland on ethical grounds.

“These measures have been carefully designed to improve standards of animal welfare in Scotland.

“Scotland is a nation of animal lovers and we take this issue very seriously.

“The bill we have introduced today bans the use of wild animals in travelling circuses, which is widely considered to be morally unacceptable in the present day.

“We have consulted extensively on a number of other issues and will now bring forward improved legislation and measures which will improve animal welfare.” 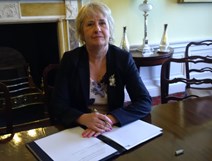