The net is tightening on criminals carrying out abhorrent acts of wildlife crime with the help of CSI style techniques.

Environment and Climate Change Minister Paul Wheelhouse, and chair of PAW Scotland, unveiled a guide today, which has been produced by the Forensic Working Group (FWG), at the Scottish Wildlife Crime Conference at the Scottish Police College in Tulliallan.

A number of innovative processes are now being used by investigators to identify those responsible for the deaths of Scotland’s beautiful wildlife.

DNA testing is one of the techniques explained in the guide and has been used to help identify smuggled rhino horn; establish bird species from an egg thief’s ‘egg blowing kit’; match DNA samples to individual dogs following poaching incidents and identify tiny traces of feather down in the pocket of a falcon thief.

Wildlife DNA forensic testing undertaken by Science and Advice for Scottish Agriculture (SASA) has been instrumental in numerous convictions in Scotland and further afield and has significantly developed the range of DNA methods available for wildlife crime investigation.

The recent mass poisoning of raptors in the Black Isle has graphically highlighted the importance of reliable forensic pathology and toxicology testing to support enforcement work by confirming the causes of death and the pesticides involved.

“The recent incidents in the Black Isle have horrified me and demonstrate how essential it is to combat wildlife crime to preserve our natural heritage and protect our reputation as a nation that cares for its wildlife and environment.

“Any poisoning of our wonderful wildlife is a shameless and selfish act carried out by a persistent minority; it is horrific that there are a few who deem this to be acceptable.

“However, I’ve been heartened by the strong attachment that people have for Scotland’s wildlife, and the desire to put an end to these abhorrent acts.

“The modern techniques being used at SASA – a centre recognised around the world for its work – are vital to punishing that senseless and heartless minority who have shown a complete disregard for Scotland’s wildlife.”

“The use of forensics has a vital role in the investigation of many wildlife crimes. The FWG has worked to promote the use of these forensic methods and help push forward new and innovative methods. We are delighted with the support from Scotland and hope this guide will be a valuable resource for wildlife crime investigators in the UK and abroad.”

‘Wildlife Crime - A guide to the use of forensic and specialist techniques in the investigation of wildlife crime’ has been produced by the Forensic Working Group (FWG) as part of the work of the Partnership for Action against Wildlife Crime (PAW). It can be accessed here: www.pawfwg.org

The work in Scotland has been used to help completely update the section on wildlife DNA forensics and provides guidance on how best to use DNA to aid wildlife crime investigations. For police officers in the field, questions of identifying what species is involved and how best to sample and store DNA are addressed. It also advises on where human DNA samples may be found at wildlife crime scenes, such as discarded cigarette butts, chewing gum, drinks cans or blood stains from injuries 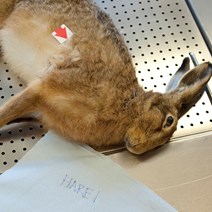 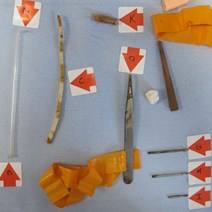