The next phase of the Expert Working Group on Welfare is due to start work on the development of an independent Scottish welfare system, it was confirmed today.

Having made initial recommendations to Scottish Ministers in June, the Expert Working Group on Welfare will now consider medium and long-term policy and delivery options for a welfare system in an independent Scotland.

It was also confirmed that five new appointments will join the group of leading figures in welfare and care provision, business and academia,

The refreshed Group will report to Ministers in early 2014.

“The Expert Working Group on Welfare was established to look at the costs and delivery of the welfare system at the point of independence and to take evidence on early priorities for policy change.

“The Group did an excellent job in considering these issues and in providing the people of Scotland with the assurances that they need. It is clear from the first phase of work that there is an appetite for further work and discussions on the future shape of Scotland’s Welfare system.

“Now the Group will look at options for creating a new system that best suits our needs and circumstances.

“Many people in Scotland are concerned about the welfare policies of the UK government and the implications they could have on them and their families. So it’s important that any new system will be fair and provide support for those who need it most.

Martyn Evans will act as chair of the refreshed group and Lynn Williams and Mike Brewer will remain on the group.

They will joined by the following new members:

David Watt - Executive Director for the Institute of Directors in Scotland 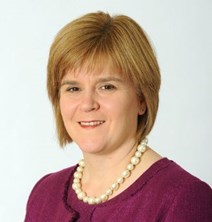