“With a growing and ageing population, it may be expected that the number of deaths will increase. The age-standardised death rate adjusts for changes to the population structure and has had a greater decrease over time than the number of deaths.  However, there has been no improvement in the age-standardised death rate in the last three years, suggesting that we may be reaching a turning point, or a plateau in the long-term downward trend in mortality.”

National Records of Scotland (NRS) is responsible for producing statistics on Scotland’s population.

The full publications, Vital Events Reference Tables 2017 and Deaths by Specific Causes are available on the NRS website.

From January 2017, NRS has introduced new software for coding the cause of death. The impact on the figures is relatively minor but has led to an increase in deaths coded to dementia and Alzheimer’s and a decrease in deaths coded to respiratory diseases. It should be noted that deaths from dementia and Alzheimer’s were rising before the new software was introduced, but the impact of the software change further increases deaths from these causes.   More information can be found in the paper ‘The Impact of the Implementation of IRIS Software for ICD-10 Cause of Death Coding on Mortality Statistics in Scotland’ on the NRS website. 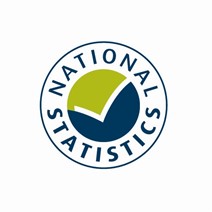